Researchers continue to shed light on the mechanisms through which psychedelics affect the brain and body, and provide relief from indications such as depression and anxiety. Much of this work is being conducted as part of preclinical research programs, which often receives less attention than clinical programs and their associated trials. 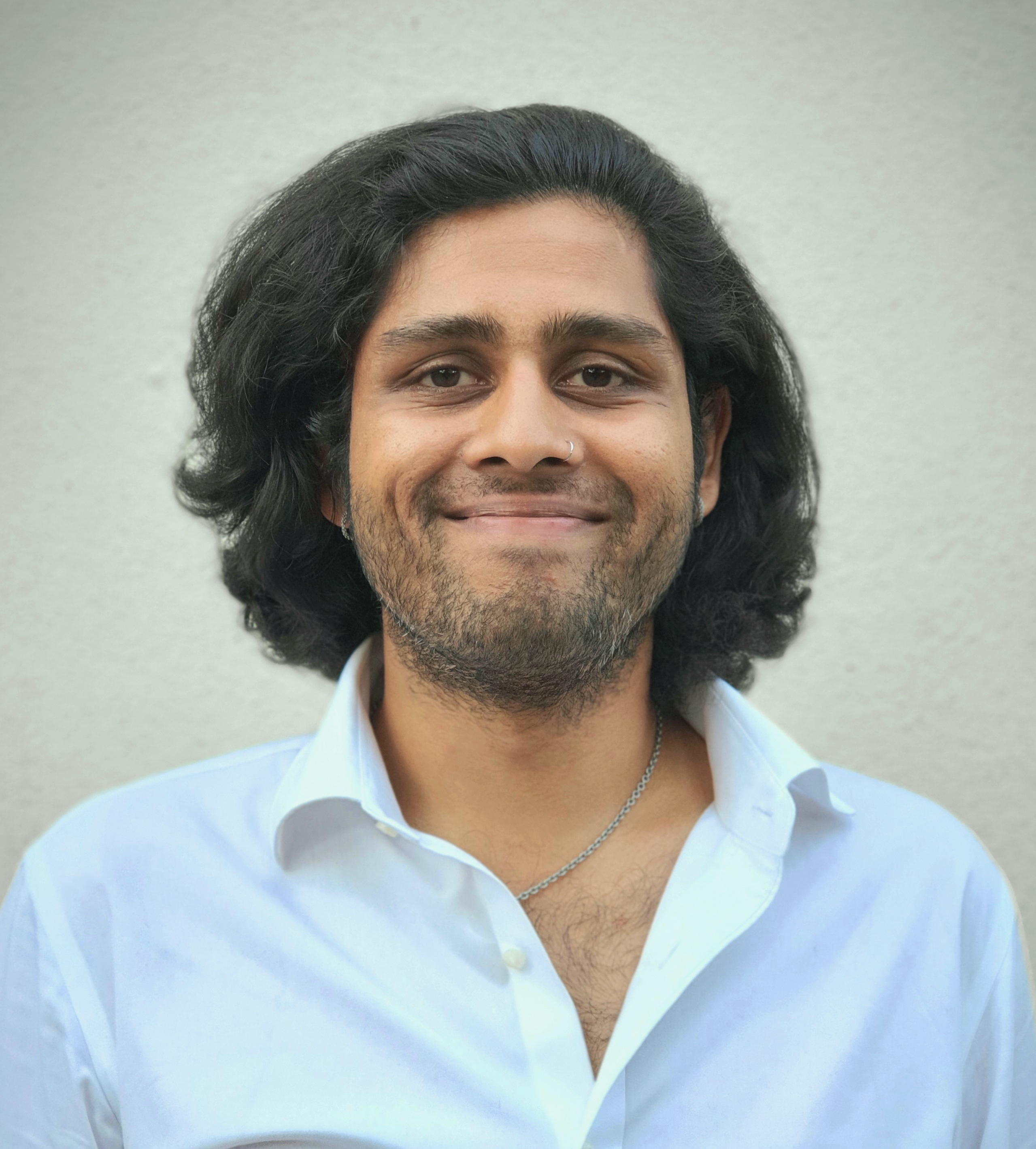 As such, we spoke to Nakul Raval, a PhD student at the Neurobiology Research Unit (NRU) of Copenhagen University Hospital, about his research and how it may contribute to our understanding of psychedelics.

Raval’s primary research interest pertains to the preclinical evaluation of various radioactive agents (radiotracers) with regard to their efficacy in measuring proteins. Nakul uses these radiotracers to image proteins in the brains of live animals by using positron emission tomography (PET), while autoradiography is used on histological sections.

He also has a keen interest in the molecular pathways associated with the pharmacological effects of psychedelics, borne out of a broader interest in serotonin that has been fostered by his supervisor (Gitte Moos Knudsen, senior author on the paper discussed herein), and his uncle – a practicing psychiatrist in India.

In their latest research, for which Nakul was the first author, the team at NRU sought to investigate the ability of psilocybin to induce changes in synaptic plasticity (using synaptic vesicle glycoprotein 2A, or SV2A, as a biomarker) and 5-HT2A receptor density. The study used a trio of radiotracers to identify changes in SV2A and 5-HT2A agonist/antagonist binding in porcine brains (n=24) through autoradiography.

Given that this interview focuses on the aforementioned study, we recommend reviewing Nakul’s interactive poster that summarises the research, and/or watching the below video (2 mins):

This interview, and the associated work conducted by the team of researchers at NRU, speaks to the truly interdisciplinary nature of psychedelics research. Even within any given discipline, a diverse range of technologies and specialisms are employed to understand the mechanisms underlying psychedelics, as well as their safety and efficacy in targeting specific indications at the clinical stage.

Psilocybin Alpha (PA): Thanks for joining us Nakul. Could you begin by telling us a little about yourself, and how you came to be interested in psychedelics?

Nakul Raval (NR): Hi Josh, let me start by saying that I have always loved what Psilocybin alpha does for the psychedelic community and I have followed your work for some time now. I am a PhD student at Neurobiology Research Unit (NRU), Copenhagen, under the supervision of Gitte Moos Knudsen. I mainly work in the field of neuroimaging at a preclinical level. I have always been in awe of the serotonin system and what better way to alter it if not psychedelics. Though my PhD is focused on PET tracer development for alpha-synuclein, the protein aggregated seen in Parkinson’s disease, my interest for the serotonin system comes primarily from my supervisor Gitte and my uncle Nischol Raval who practices as a psychiatrist back in India.

PA: Could you tell us about the paper you and your colleagues at NRU in Copenhagen co-authored on how psilocybin affects the pig brain? (Raval et al., 2021)

NR: A dear colleague of mine, Lene L. Donovan, started this project as her PhD thesis back in 2016. We use healthy pigs as a model for our studies. These pigs are treated with a single dose of psilocybin or saline as control. Further, the animals are euthanised 1 and 7 days after the treatment. Lene optimised the dose by behavioural studies and then used the optimised dose for a PET occupancy study to see the occupancy of psilocybin on the 5-HT2A receptors in the brain. She primarily wanted to look at the genetic changes after a single dose of psilocybin at the RNA level. It was too big a project for her to finish. I took up this study after her to look at the protein level changes. Our primary focus was to create a good autoradiography study. We believe it is a fantastic tool to visualise and quantify protein if used appropriately.

PA: So, you found that psilocybin’s apparent antidepressant effect is linked to the increase of synaptic density, and decrease in 5-HT2A receptor density, right? Could you explain that a little further?

NR: This is our hypothesis. This is not something we can directly prove with this study alone. Depression and related disorders have shown to have neural atrophy, that is, there are lesser connections and functions in neurons. On the other hand, in-vitro studies have shown, when neurons (cell cultures) are treated with psychedelics, there is an increase in structural and functional plasticity. What this means is that there is an apparent increase of connections and functions in the neuronal cell. We believe the immediate and prolonged antidepressive effect of psilocybin is due to this increase in connections and function. The animals we used in this study are all healthy and not depressed. Hence, just like the in-vitro studies, we can only add one to one. However, this is the first time that such an effect is seen in a large animal study. We would also want to know how long these changes last and what causes them. The decrease in 5-HT2A receptor is (we believe) a compensatory effect of its stimulation with a psychedelic dose of psilocybin. We only see a transient decrease of these receptors, and they are back to normal after seven days.

PA: What does this finding mean for existing research and development efforts seeking to use psilocybin for the treatment of mental health indications?

NR: As I said, this is the first time such an increase in synaptic density has been shown in a large animal study. This is a great start towards proving this hypothesis. We would like to see these changes in humans. We can only do that using in-vivo technology like PET and SPECT. Unfortunately, synaptic density is a little difficult to quantify with such techniques. It is relatively easy for preclinical scientists like me since we have brain tissue after euthanasia. This is impossible to do with humans. We see an increase in synaptic density by approximately 10%; we only see this in the pig brain slices because we have a microscopic resolution. Such a resolution is unfortunately not possible with in-vivo scanners. But there is still hope. New tracers are coming into research, and proving this theory is not too far in the future.

PA: Could the reduced 5-HT2A receptor density in days following psilocybin administration be the underlying mechanism for the tolerance effect reported by users of psychedelics such as psilocybin? Perhaps this should be preceded by another question: has this observation been replicated in human studies?

NR: What we see is a transient decrease in functional 5-HT2A receptor density, that is the decrease is only seen after one day. This is reverted back to normal seven days after the psychedelic treatment. The fact that the 5-HT2A levels are similar after seven days has been shown by NRU. But this transient decrease has not been shown in human studies. We have a few scans one day after a psilocybin intervention, but they are inconclusive. Nevertheless, as I have previously mentioned the resolution provided by autoradiography is relatively high, which may be the reason. Hence, I do not think this transient decrease in 5-HT2A directly relates to the tolerance effect. To see this, we would have to treat the animals chronically, as the psychedelics user, to see what happens at a molecular level.

PA: Why did your research design use pigs, as opposed to, say, mice?

NR: Pigs are a higher species. It is considered a large animal. They are much closer to humans than mice. For instance, they have a gyrated brain like humans. Physiological too, they are more similar to humans.

On the other hand, they are great as a tool for neuroimaging. NRU has tested and optimised so many tracers in pigs before human trails. Pigs also have giant brains compared to rodents. The size of the brain allows for multiple studies from a single batch of an experiment. However, pigs are very expensive to house; hence such studies cannot be performed too often.

PA: What do these pigs look like, when they’re ‘on’ psilocybin? Do you observe similar responses to mice, e.g., head-twitch response (HTR)?

NR: We now have a clear understanding of a pig’s behaviour on psychedelics. They look quite happy. They have a similar response to mice and rats, but it is less of a twitch and more of a shake. They also scratch their face with their hind legs, and they rub against the pen wall—it is an experience to see them “trip” too.

PA: What are you working on now?

NR: Currently, I am focusing on my PhD thesis. But I will soon be back (2022) to understand more from this study. We want to see what exactly causes these changes. What pathways are affected that lead to these changes. There is indeed much work left. Through some collaborations and students, we will continue to use our pig brain bank and produce as many results as possible. There is much potential in this study.

PA: Finally, what makes you most excited about psychedelics?

NR: It is hope. Hope that these drugs can actually do more for the treatment of mental health disorders than any drug in the past. Davis et al. (2020) show a whopping 4-time higher efficacy of these drugs on treatment-resistant major depressive disorder. That is the highest ever shown in a psychiatric disorder. Leaving pathology aside and jumping to neurobiology, psychedelics are an open window to the serotonin system, there is so much to learn from it that the list is never-ending. This pandora of knowledge is what excites me most about psychedelics.

Get our latest interviews delivered straight to your inbox.