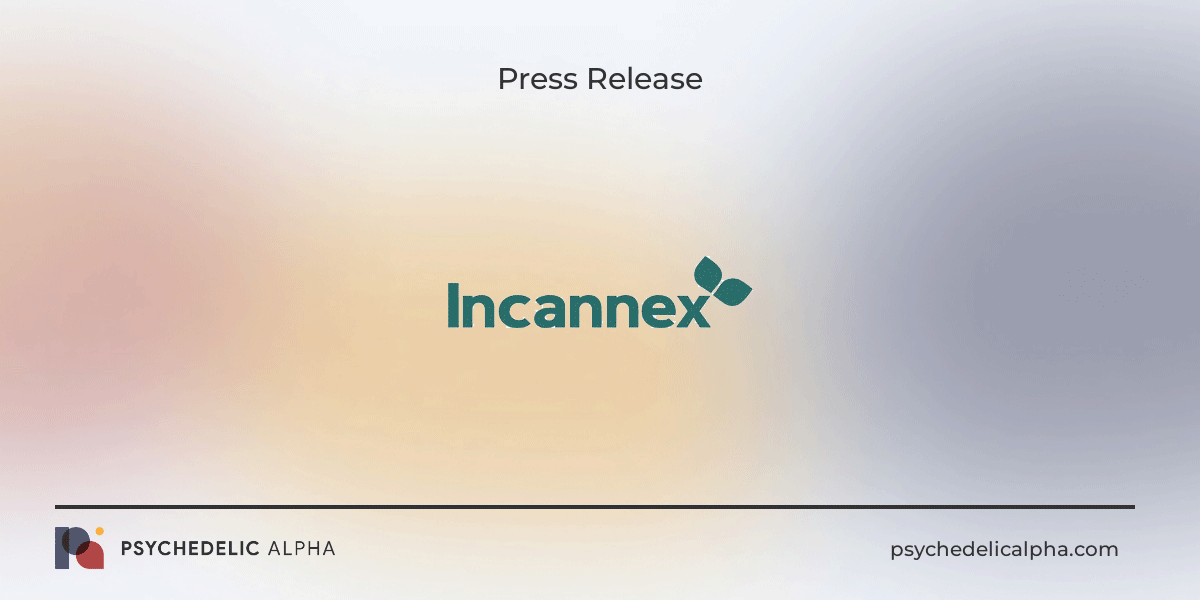 In June 2022, Incannex announced positive results from full analysis of its phase 2 clinical trial on the effect of IHL-42X to treat patients with obstructive sleep apnoea (‘OSA’). IHL-42X is a proprietary cannabinoid combination drug comprised of tetrahydrocannabinol (‘THC’) and acetazolamide.

The clinical trial assessed IHL-42X at reducing the apnoea hypopnea index (‘AHI’) in patients with OSA. Data was also collected for other aspects of sleep quality, THC clearance (relevant to vehicle operation) and safety. Trial participants received each of the three doses of IHL-42X and placebo across four seven-day treatment periods, separated by one week washout periods. At the end of each treatment period, participants attended the clinic for an overnight sleep study where AHI was determined, along with other measures of sleep quality, quality of life and drug safety. The study was conducted at the University of Western Australia Centre for Sleep Science and The Alfred Hospital.

Low dose IHL-42X exhibited superior safety and efficacy metrics to mid and high doses. Low dose IHL-42X reduced AHI in trial participants by an average of 50.7%, compared to baseline, with 25% of participants experiencing a reduction in AHI of greater that 80%. Oxygen desaturation index was reduced by an average of 59.7%, relative to baseline, which improved patient sleep quality and reduced cardiovascular stress. In low dose IHL-42X samples, THC blood concentrations were well below the limits for impaired driving the morning after dose administration. Importantly, IHL-42X was well tolerated with low dose IHL-42X observed to have a lower number of total treatment emergent adverse events than placebo.

The Company considers the trial results to be a major success and step forward to provide confidence for further assessment in pivotal studies necessary for drug registration. During the quarter, Incannex sought advice from FDA on the Company’s long term clinical trial development plan. Following liaison with FDA, the next steps for the development of IHL-42X includes the finalisation of clinical trial designs and arrangement of operational imperatives necessary to open an investigational new drug application (‘IND’) with FDA.

IHL-216A combines cannabidiol (‘CBD’) with a volatile anaesthetic agent (isoflurane) and has been developed by Incannex to be administered soon after head trauma to reduce secondary brain injuries that lead to neurological deficits. During the quarter, Incannex announced that IHL-216A was observed to have a strong neuroprotective effect in a widely known model of sports concussion.

The pre-clinical study compared IHL-216A to its component drugs, CBD and isoflurane, in a rodent model of sports concussion that was developed in collaboration with the US National Football League (NFL) to accurately represent the type of brain injury that occurs in sports related concussion.

The study compared six groups of twenty-four rodents. Animals were tested in a Y-maze activity, which measures spatial memory by determining the animal’s ability to discriminate between a novel (new) and familiar arm. After 24 hours, injured animals treated with IHL-216A were found to have no difference in a discrimination index compared to sham (‘uninjured’) animals (mean difference= 0.0598, p=0.5855).

In contrast, and after 24 hours, the discrimination index was significantly reduced for injured animals treated with either the vehicle for the active pharmaceutical ingredient or isoflurane alone, compared to uninjured animals (mean diff=0.2704, p=0.0498 and mean diff=0.3095, p=0.0245 respectively). The group treated with CBD alone demonstrated intermediate performance after 24 hours. These findings indicate that the defect in spatial memory observed at 1 day post injury is restored in animals treated with IHL-216A.

The findings from this study further support the protective effect of IHL-216A in concussion and traumatic brain injury and expands upon the initial animal study conducted by Incannex in 2020, the results of which were released on the 15th of December 2020 in the announcement titled, “Positive results from IHL-216A TBI/concussion study”.

The Incannex scientific team is targeting a pre-IND meeting with FDA in Q3 2022 to discuss the Company’s intention to conduct an expedited clinical trial program required for a new drug application and marketing approval. IHL-216A drug formulation development required for in-human studies is also nearing a conclusion following an extensive research and development process commenced in June 2021.

Due to the product’s potential therapeutic utility in contact sports, IHL-216A is designed to satisfy World Antidoping Authority (WADA) and Australian Anti-Doping Authority’s (ASADA) specifications for use by athletes at risk of TBI and Chronic Traumatic Encephalopathy, otherwise known as CTE.

During the quarter, Incannex continued preparatory activities for its phase 1 clinical trial to assess IHL-675A soft gel capsules. The aims of the study are to demonstrate that there are no, or minimal, additional side effects associated with the combination of CBD and hydroxychloroquine (‘HCQ’) compared to each drug alone and that the uptake and metabolism (pharmacokinetics) of the two drugs do not materially interfere with one another.

FDA pre-IND guidance was sought and received following six distinct in vitro and in vivo studies using established disease models relevant to inflammatory disorders. In each of these models, IHL-675A outperformed CBD in supressing inflammation, indicating a wide scope of applications to potentially disrupt the CBD market.

Subsequent to the end of the June quarter, Incannex received approval from the Human Research Ethics Committee (HREC) to commence a phase 1 clinical trial investigating IHL-675A in humans for the first time. Extensive formulation development work to manufacture IHL-675A gel capsules has been completed and the first batch of product has been manufactured for the trial. Subject to clinical success, the results of the phase 1 clinical trial will form part of three FDA IND applications for each of the initial three indications the Company is pursuing for IHL-675A. Patient recruitment is anticipated to begin in August 2022.

During the June 2022 quarter, the Psi-GAD phase 2a clinical trial led by Dr Paul Liknaitzky at Monash University (‘Monash’) continued at pace. The aim of the trial is to assess participants with severe generalised anxiety disorder following the administration of psilocybin and specialised psychotherapy sessions.

Importantly, the trial protocol and development plan incorporate a range of treatment innovations currently unseen in the field of psychedelic therapy and has been discussed with FDA officials in a pre-IND meeting undertaken in the December quarter of 2021.

Primary outcomes from the trial are safety, efficacy and tolerability, and secondary outcomes are assessments of quality of life, functional impairment, and comorbidities. A preliminary analysis of patient data will be conducted by an independent data safety monitoring board after 30 patients have completed primary endpoint assessment. This preliminary analysis will allow the trial investigators to inform the second part of the trial (n=42) and/or the follow-up pivotal phase 2b clinical trial that Incannex is actively planning.

Principal investigator of the trial, Dr Paul Liknaitzky said; “Operationally, the trial is proceeding as smoothly as we could have hoped from the outset. We’re currently undertaking three dosage sessions per week, which is the fastest pace of operation for any psychedelic trial in the world”.

During the March 2022 quarter, Incannex executed an exclusive, global license in perpetuity over an immersive therapeutic VR environment in combination with a psychedelic drug treatment. The VR therapy has been established by BrainPark, a state-of-the-art clinical research platform at the Monash Turner Institute for Brain and Mental Health.

Incannex intends to combine the VR ERP therapy tool with a psychedelic drug to develop a new treatment for severe forms of one or more anxiety disorders. The associated research and development will be led by Dr Paul Liknaitzky at Monash, a highly reputable, globally recognised, and innovative university that ranked #40 in the world in the US News and World Report 2022.

Incannex and Monash are in advanced stages of discussion in relation to a research agreement for the clinical trials required to develop the new treatment form. The initial clinical trial will assess optimal dose, safety, and tolerability of the treatment method.

In May 2022, Incannex announced that it completed a binding share sale and purchase agreement to acquire 100% of the issued share capital in APIRx Pharmaceuticals USA, LLC (‘APIRx’).

The stakeholders in APIRx (‘Sellers’) will be issued a total of 218,169,506 new shares at a value of A$0.573 per share to satisfy the purchase of APIRx, which represents the price agreed at the signing of the binding terms sheet announced on March 24, 2022. Approval to issue the shares to the APIRX sellers in consideration for the acquisition of APIRx was sought and approved at a meeting of shareholders on June 9, 2022. 99.27% of voting shareholders approved the issue of shares to the sellers.

Legal transfer of the APIRx group of companies to Incannex is currently being facilitated so that the group of companies sit within a wholly owned subsidiary of Incannex. Thereafter, development plans associated with assets from the APIRx acquisition may be appropriately initiated and formalised by Incannex. The acquisition of APIRx presents Incannex with both long and short-term opportunities for significant value growth.

The initial priority drug candidates from for Incannex are:

Item 6.1 of Appendix 4C (below) represents amounts paid to directors and related parties.

Incannex is a clinical stage pharmaceutical development company that is developing unique medicinal cannabinoid pharmaceutical products and psychedelic medicine therapies for the treatment of anxiety disorders, obstructive sleep apnoea (OSA), traumatic brain injury (TBI)/concussion, lung inflammation (ARDS, COPD, asthma, bronchitis), rheumatoid arthritis and inflammatory bowel disease. U.S. FDA approval and registration, subject to ongoing clinical success, is being pursued for each drug and therapy under development. Each indication represents major global markets and currently have no, or limited, existing registered pharmacotherapy (drug) treatments available to the public. IHL has a strong patent filing strategy in place as it develops its products and therapies in conjunction with its medical and scientific advisory board and partners.