Octarine Bio believes that its synthetic biology approach to producing psychedelic molecules will generate more consistent, pharmaceutical-grade yields at comparatively low costs. In fact, the Company claims that the costs associated with their yeast fermentation method are at least 1,000 times lower than existing methods of psilocybin extraction. 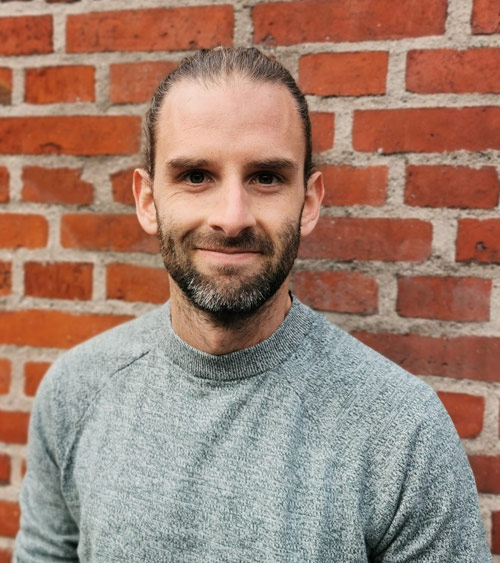 Last week, this vision was given a boost by the closing of a seed financing round led by the Danish State Growth Fund, bringing the total amount raised by Octarine thus far to $1.8m. Following this news, our editor-at-large Graham Pechenik caught up with Nick Milne, Co-founder and CSO at the Danish company.

Nick takes us on a deep dive into the scientific rationale behind the Company’s biosynthesis approach. Among other topics, this interview covers the potential advantages of biosynthesis over other methods of psychedelic molecule production; the reason brewer’s yeast is an ideal host for psilocybin over E. coli; and, Octarine’s broader strategic plans.

Note: One of the key pieces of research discussed in the latter half of the interview is co-authored by Milne, and can be accessed for free in the Metabolic Engineering journal.

Graham Pechenik for Psilocybin Alpha (PA): Could you give our readers a brief introduction to Octarine Bio?

Nick Milne (NM): Octarine is a synthetic biology company developing yeast fermentation platforms to produce high-value natural and novel molecules primarily for pharmaceutical application. We essentially develop strategies to replace synthetic chemistry methods for producing molecules with new biological methods. We are currently focussing on cannabinoid and psychedelic molecules as we believe they have the potential to offer breakthrough treatments for various neurological and psychological conditions that are poorly treated by current treatment options. Aside from producing these molecules we also do pre-clinical validation to identify promising targets for clinical development.

PA: Why might synthetic biology and yeast fermentation methods be chosen over, say, extraction, or chemical synthesis such as that described in Compass’ patented method?

NM: Nature provides thousands of molecules with well documented therapeutic benefit. However, when it comes to producing large quantities of these molecules to a purity and consistency required for human therapeutic use, natural extraction is too inefficient to be economically feasible. In the case of psilocybe mushrooms, psilocybin accumulates in very small quantities meaning you need to cultivate a considerable amount of mushrooms to extract enough to meet market demand. Extraction and purification is also complicated since you need to purify the molecule from a complex mixture of tough fungal biomass as well as a mix of molecules that closely resemble psilocybin. The complexity of this method also makes it difficult to standardize which is particularly important for pharmaceutical application where even minor changes in the final product are not acceptable. The complexity of natural extraction forces most pharma companies to chemically synthesize the molecule instead. However, in most cases (including psilocybin) this requires the use of non-renewable, fossil-fuel derived substrates and generates multiple hazardous waste-streams.

Yeast fermentation can be viewed as the best of both worlds. Yeast is this fantastic microorganism which is regularly used at industrial scale to produce not only beer and wine, but also a range of pharmaceutical and consumer ingredients. By transferring the genetic information of psilocybe mushrooms to yeast we produce psilocybin in much the same way that a brewery makes beer. Our yeast efficiently converts sugar, a cheap and renewable substrate into psilocybin and exports it into the surrounding media. This allows us to achieve very low production costs (at least 1,000x lower than current methods), while ensuring environmental sustainability.

PA: Are there advantages to using Saccharomyces cerevisiae yeast (brewer’s yeast) in particular, versus E. coli or another type of host cell?

NM: There are 2 main reasons why Saccharomyces cerevisiae (A.K.A. brewers yeast) makes an ideal production host for psilocybin.

Firstly, yeast is the world’s oldest example of domestication by humans. For thousands of years humans have been breeding yeast to thrive in the harsh conditions of large-scale fermentation (i.e. a brewing tank), resulting in an organism that is evolutionarily equipped to efficiently produce various products and tolerate industrial conditions.

Secondly, evolutionarily speaking, yeast is a very close relative of psilocybe mushrooms (both belong to the fungi kingdom). This is important since it means that the yeast is more likely to accept the foreign genes and successfully express the enzymes required to produce the molecule of interest. In the case of psilocybin, bacteria such as E. coli are missing a key piece of cellular machinery required to express a key enzyme (tryptamine 4-hydroxylase) in the pathway. To get around this issue, our competitors have fed engineered E. coli with a synthetic molecule (4-hydroxy indole) bypassing the key hydroxylation step. However, 4-hydroxy indole is very expensive and is derived from fossil-fuels thereby limiting the economic and environmental feasibility.

PA: Biosynthesis may allow for companies like Octarine to synthesise “minor” tryptamines and novel tryptamine derivatives. What might the benefits of such derivatives be?

NM: Octarine also works with cannabinoids which as an industry is significantly more mature than the psychedelics industry. One of the really interesting developments in the cannabinoid field was the identification of “minor” cannabinoids which showed new and/or improved therapeutic effects compared to the more well studied cannabinoids CBD and THC. While it’s still early days for psilocybe mushrooms, data is starting to emerge on interesting properties of some of the “minor” tryptamines. A big advantage of our biosynthetic platform is that with simple genetic modifications, production can be tailored towards these new molecules. In the scientific paper we published in March we showed that small genetic tweaks in our yeast strain could divert production towards baeocystin or aeruginascin. Beyond these derivatives we’ve also shown that we can use our platform to produce a range of psychedelics and other interesting derivatives and are building a library which can be screened for a particular therapeutic function.

Producing novel derivatives has two main advantages. Firstly, it allows us to go beyond what’s found in nature to produce new molecules with potentially improved properties. Secondly, it provides powerful patent protection (i.e. protecting the composition of the novel molecule) which is not afforded to natural molecules (which are already in the public domain).

PA: Aeruginascin in particular has been described in your research as “producing a euphoric instead of hallucinogenic effect upon ingestion.” Do you see there being a market for aeruginascin or any other tryptamines besides psilocybin, and what role would you see them playing?

NM: One of the big questions being investigated in the field right now is whether the psychedelic effect is coupled to the therapeutic effect (i.e. do you need to trip in order to have a therapeutic benefit). Research is currently pointing towards this indeed being the case for some psychological conditions (e.g. depression), however for others this may not be the case. From a pharmaceutical point of view, requiring a patient to undergo a lengthy hallucinogenic trip could be a tough sell both to patients as well as regulators and insurers. We (as well as others in the field) are therefore interested in the therapeutic potential of non-psychedelic tryptamine derivatives.

PA: Your research explained that synthetic biology has the unique ability to “create new interesting molecules that aren’t found in nature and are infeasible to produce by chemical synthesis.” Are there any particular classes of novel tryptamines that you think would be interesting to pursue?

NM: Synthetic biology (or the idea of using microorganisms to produce molecules) has essentially been in direct competition with synthetic chemistry for the last 20 years. While synthetic biology has caught up and in many cases surpassed synthetic chemistry when it comes to the cost-effective production of natural molecules, synthetic chemistry’s “last stand” is its ability to create molecules that aren’t found in nature. One of the core research interests at Octarine is how we can use biology (enzymes in particular) to catalyze reactions that don’t exist in nature, thereby creating novel molecules. In theory this is a powerful idea, enzymes can catalyze reactions that synthetic chemistry cannot, and enzymes can almost always do this better and more efficiently than chemistry. The “trick” is to figure out how to get an enzyme to do something it hasn’t naturally evolved to do. This is among the core technology developed at Octarine and its something we think there’s a lot of commercial value in.

We’re using this technology to create a range of novel derivatives of both cannabinoids and tryptamines. We previously announced our results producing novel cannabinoids with improved solubility, bioavailability and stability but we’re keeping our work on novel tryptamines in stealth mode for now.

PA: Your research this year disclosed “a final production strain producing 627 ± 140 mg/L of psilocybin and 580 ± 276 mg/L of” psilocin. Would you expect to achieve further improved product titers by additional rational engineering?

NM: As a proof-of-concept, the work we published earlier this year is an excellent start! The task now is indeed to improve the titer further.

PA: Do you envisage your main market for these substances being export, or is there a similar resurgence of interest in psychedelics occurring in Denmark?

NM: Yeast fermentation is a well-established industry around the world and there are production plants in almost every country which could use our method to produce psilocybin. We therefore don’t expect to limit production to a single country. Indeed most of the companies working in the psychedelic and cannabinoid space are based in North America so we’re certainly the first-movers in Europe. The psychedelic and cannabinoid markets are expected to be as big if not bigger in Europe compared to North America so we believe we’re well-positioned to capitalise on that.

PA: Besides psilocybin and related tryptamines, are there any other psychedelics you are considering pursuing?

NM: We continuously keep an eye on developments in the field and are certainly interested and actively working on producing other psychedelic molecules as well as novel derivatives. We’ll hopefully have more to say on this in the near future.

PA: Lastly, what makes the Octarine Bio team most excited about working in this space?

NM: I’d say we’re most excited about the incredible potential of these molecules to transform the way neurological and psychological disorders are treated. Many of the conditions these molecules could effectively treat are conditions which many in our team have been personally affected by. Many of us know first-hand how ineffective current treatments can be and the horrific side-effects that often come with them. We want to realize a future where safe and effective treatments for these conditions are widely-available.

Get our latest interviews delivered to straight to your inbox.
Tags: Octarine Bio