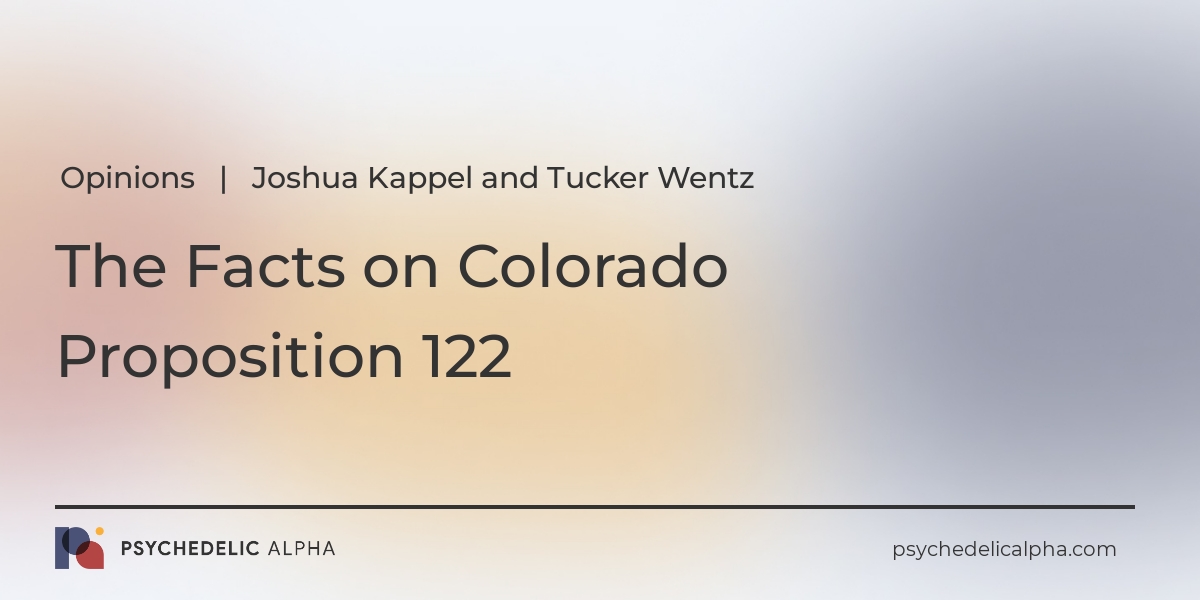 Colorado’s Proposition 122, which would allow adults in the state to access psychedelics through a regulated program and in decriminalized contexts, is on the Ballot in next week’s U.S. midterm elections.

A poll conducted in the last week of October suggests it will be a close race, with 43% of voters intending to support the measure and 44.2% planning to oppose it. Support is up substantially from 36.3% in September, with around 10% of Coloradan voters leaving the “unsure” camp since then. With 12.8% of voters still undecided, it will be a nail-biting election night for proponents of the Proposition.

Earlier this week, The Denver Post urged voters to say “no” to the Proposition, saying it “goes too far, too fast”, and taking issue with the decriminalization element of the Prop. The Post also argues that Colorado should “take a back seat” and see how things go in Orgeon, though it’s worth noting that the publication repeatedly conflates decriminalization with legalization.

It’s not only those from outside the psychedelics community that are opposing the measure. The Society for Psychedelic Outreach, Reform and Education (SPORE), for example, has been a vocal opponent of the measure, forwarding concerns that it’s a trojan horse for corporate and out-of-state interests. Proponents of the measure, including David Bronner who made a financial contribution to the effort via New Approach PAC, rebuke these arguments by pointing to the dual focus of the Proposition: allowing for both regulated psilocybin services and decriminalizing a number of natural psychedelics.

In this Opinions piece, Joshua Kappel and Tucker Wentz of law firm Vicente Sederberg LLP attempt to address criticisms of the Proposition.

The Natural Medicine Health Act (NMHA or Prop 122), if passed, will create a transformative model where adults in Colorado will have access to the healing powers of natural psychedelic medicines through a state-regulated program and through a personal use model that provides for community-based healing. No sales will be allowed under either model. The measure has been criticized by both those inside the psychedelic community and those on the outside – mostly pointing to the same provisions of the measure arguing it is either too liberal or too restrictive.

The true beauty of this dual-access approach is that we can truly meet everyone where they are – some in Colorado need safe, regulated, and supervised access to natural psychedelics and some could never imagine using psychedelics outside of their close-knit community. The NMHA regulated care model allows professionally trained, licensed, and accountable facilitators to effectuate a similar program as what we see at John Hopkins and through the MAPS protocol – a model where individuals who do not have a personal experience with psychedelics can seek compassionate care in clinical settings that feel safe, comfortable, and familiar.

There are also many pros and cons to each model. For one, there is no ability to limit corporate control or mandate equitable ownership and access in a decimalization only model. It’s also hard to protect and honor indigenous and intergenerational wisdom traditions in a state regulated model. The beauty of Prop 122 is that, if it passes, we will be able to see how each model plays out in real-time.

So what does Prop 122 actually do?

Critics of NMHA have suggested that the proposed framework is not rooted in equity and the responsible stewardship of medicine because 3-6 months was not long enough for a true community feedback process. However, these critics have conveniently ignored that the largest and most inclusive community feedback process starts during implementation when the state is mandated to have an advisory board and listen to public comment about each rule they are considering. Additionally, the critics have failed to point to any specific policy proposal that they want changed that would make the equitable mandate of Prop 122 more effective. That is likely because the details of the regulated program and the equity provisions will be decided through a community-based implementation process.

NMHA mandates that the Colorado Department of Regulatory Agencies (DORA) create an equity program based on recommendations from the Advisory Board and community to benefit persons with a traditional or Indigenous history of natural psychedelic medicines, low-income individuals, persons facing barriers to healthcare access, and military veterans. This equity program shall include provisions around equitable and diverse (1) access to psychedelic assisted therapy; (2) ownership of Healing Centers; and (3) accessibility for facilitator training and licensure. There is also a mandated annual review process of the effectiveness of the program and the ability of the program to be funded by the regulatory access fund.

We understand that there is a desire to flesh out the details of this equity program in advance; however, that is what the mandated community-based implementation process is for.

No Room for Corporate Consolidation

Arguments opposing the NMHA are often rooted in the idea that the legislation fundamentally reflects a corporate takeover that will prevent traditional healing communities and individuals from historically marginalized backgrounds from accessing psychedelic medicines. While this is a reasonable and shared concern, accusing the NMHA of being a handout to corporate interests who are preparing to prey on individuals seeking treatment creates a straw man that is simply not backed up by the text of the measure or the intent of the proponents.

First, the measure creates a broad community-based healing model that is not regulated by the state through its decriminalization of commercial use. Thus, non-commercialized community healing or spiritual circles do not have to worry about state regulation dictating their practices. Without an express grant of authority, it is clear under Colorado law that the state agency does not have purview to regulate the personal use provision of Prop 122. With that said, those who try and commercialize the personal use provisions may face legal jeopardy and may create a political back-lash.

While much attention has been paid to the five-license limit for Healing Centers (which may be interpreted to prohibit public companies from participating in Colorado’s market), perhaps the biggest source of protection from broad corporate influence is the limitation on locality regulation to time, place, and manner rather than outright prohibition. This provision will support the existence of smaller, community-based Healing Centers rather than the large, corporate facilities that would naturally occur if there were a limited number of jurisdictions that have opted in.

Further, there are significant protections within the NMHA that limit the negative influence of capitalism in this new eco-system. Namely, the requirement that Healing Centers pass an environmental, social, and governance screen prior to involvement in the industry. This screen, again designed through the community-based implementation process, can be a great tool to ensure that any company participating in our psychedelic eco-system operates in a manner that shares the values of us all.

Choice supports access and this, along with limitations on corporate business practices and protections for individuals providing psychedelic medicine to their communities outside of the regulated market through decriminalization provisions, creates a system where Coloradans will have numerous options for access in a way that makes them comfortable.

Joshua Kappel is a founding partner of Vicente Sederberg LLP, chair of Natural Medicine Colorado, and one of the drafters of Prop 122.

Tucker Wentz is a policy and licensing specialist at Vicente Sederberg LLP.

Opinions | The Psychedelic Community Takes Itself Too Seriously

Opinions | Hallucinations of Meaning: If you can lie, so can psychedelics