As one of the earliest drug discovery companies in the psychedelics space, CaaMTech has already synthesized and characterized a vast library of novel molecules. Headquartered in Issaquah, WA—a suburb of Seattle nestled in a scenic valley—the company has a global footprint through psychedelic research collaborations with several research centres, including one of Germany’s Leibniz Institutes. 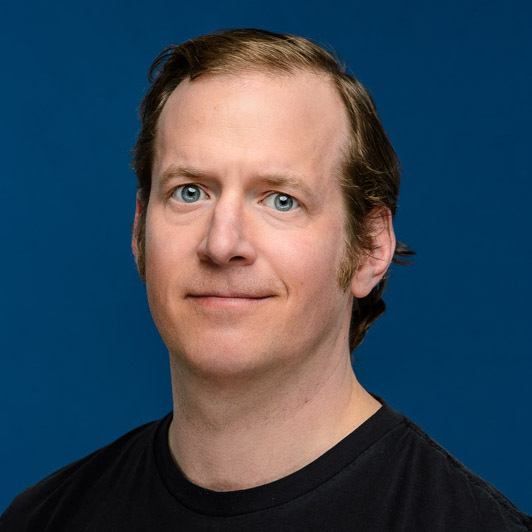 Founder and CEO Andrew Chadeayne told Psilocybin Alpha that his company’s focus on “increasing the universe of available compounds” starts with a desire to work on fun and interesting problems, and has resulted in expanding the opportunities for research and ultimately treatment. This drive to engineer many novel molecules is in contrast to other companies in the space, who typically focus on a handful of compounds at most, and is exemplified by CaaMTech’s filing of over 100 patent applications.

Our editor-at-large and registered patent attorney Graham Pechenik spoke to Chadeayne about his firm’s plans for the future, including their latest announcement of an expanded research collaboration with Dr. Manke at UMass Dartmouth. Naturally, Graham and Andrew discussed CaaMTech’s patent philosophy, which despite the growing portfolio, focuses on fostering scientific collaboration rather than simply commercial gain.

We also learned how CaaMTech’s research may contribute to a greater understanding of entourage effects in mushrooms, iboga, and across combinations of serotonergic drugs. Understanding this phenomenon could allow such effects to be reproduced in a consistent manner that meets the precision required for pharmaceutical applications.

Graham Pechenik for Psilocybin Alpha (PA): Congratulations on your announcement yesterday of the renewal and expansion of your research collaboration with Dr. David R. Manke and his team at UMass Dartmouth.  You noted that “[i]n less than two years, Dr. Manke has synthesized and crystallographically characterized more novel tryptamines than anyone in history.”  What can we hope to see from Dr. Manke’s team in the next two years, as this collaboration continues?

Andrew Chadeayne (AC): You can expect an acceleration in CaaMTech’s scientific progress. So far, we’ve invested heavily in building out our team and workflow. We’ve integrated our different scientific partnerships to cross-pollinate ideas and work collaboratively.  Now we’re really starting to hit our stride, so we’re moving much faster.  Over the next few years, you’ll see the kinds of interesting scientific results that Dr. Manke’s lab has already produced multiplied as we expand our capabilities to study the novel tryptamines that Dr. Manke’s team is synthesizing.

PA: Of all of the novel tryptamines that Dr. Manke’s team has synthesized, are there any specific compounds or classes of compounds that most interest you, or any particular directions you’re most excited to see this work go?

AC: Yes. There are several areas that I’m really excited about! For one, I really like what we’ve done building out CaaMTech’s prodrug development program: we’ve addressed the disadvantages of older prodrugs like psilocybin and created a large class of new compounds that improve on their properties across the board. I am also really excited about some of the non-psychedelic compounds that we’ve been developing – compounds that provide some of the benefits of psychedelics but without the “trip.” These drugs might provide the opportunity to reach a segment of the patient population that may be wary of the perceptual distortions involved in a full-blown psychedelic experience.

AC: We’ve been focusing on increasing the number of options available by making lots of molecules that share common properties.  For example, serotonin 2A agonists. I’m confident that the differences between those molecules will offer advantages depending on the context. For example, some therapeutic uses, such as microdosing, are suited to a long duration of action but in other contexts, such as in a clinical setting, a shorter-acting drug may be more appropriate.  The same is true for inducing a  trip versus no trip. I would defer to clinicians to determine the best fit for a given patient population.  Our goal is to give those clinicians more tools for treating patients, which means making more molecules available from the outset.

PGA: You’ve also explained that building your “library of unique tryptamines creates new opportunities for drug development and personalized medicine,” including “the precise targeting of specific indications.”  Are there any unique or overlooked indications that CaaMTech is pursuing or considering?

AC: It seems like there’s a new opportunity every day. There’s just a ton of exciting data pouring in showing that tryptamines could be valuable for treating a wide range of indications. We’re considering everything and trying not to overlook anything. Again, CaaMTech is  increasing the universe of available compounds. We’re making the fundamental tools needed for downstream research. We’re working with a few of the many  brilliant physicians in the space qualified to match specific drugs with particular indications for specific patient populations. Having more compounds available provides more drug treatment options to select from.  It also creates opportunities for combining multiple compounds as a means for modulating the pharmacology and clinical properties.

PA: You’ve partnered with the NIH to screen your compounds and determine which are the most promising ones to proceed into clinical trials.  How long should we expect to wait before one of your novel compounds is first given to humans?

AC: Based on the data that we already have, we’ve had some great conversations with a dozen or so groups interested in taking specific compounds through Phase I and Phase II clinical trials. From those talks, I understand that we could have several compounds in Phase I human trials sometime in 2021. But I should note that our ongoing preclinical studies may affect how we proceed.

PA: Earlier this month, you announced a collaborative research agreement with mycologist Prof. Dr. Dirk Hoffmeister at the Hans Knöll Institute in Germany, to “examine the chemical variability within and between magic mushroom strains.”  How do you see a deeper understanding of the metabolic diversity of mushrooms benefitting your work at CaaMTech?

AC: There’s a difference between mushrooms and psilocybin. Leading magic mushroom experts including Paul Stamets claim that consuming mushrooms has some advantages over taking pure psilocybin. We’re working on putting a more precise chemical definition around these ideas through our work with Dr. Hoffmeister and the NIH. Let’s treat the mushroom like a composition of matter – a collection of several active ingredients – instead of ignoring everything but psilocybin. From there we can quantitatively assess the implications of those chemical differences.

PA: You’ve said that the “biggest advantage to naturally-occurring” mushrooms is their “cocktail of active ingredients” including not only other tryptamines like aeruginascin, but also different types of compounds like monoamine oxidase inhibitors.  You’ve also just recently received a notice of allowance for a patent on tryptamine derivatives combined with cannabinoids.  Are you actively investigating entourage effects within tryptamines, and synergistic effects with other compounds, and do you see a pathway for any types of compounded or combination products becoming used as medicines?

AC: Yes, we’re studying the Entourage Effect within mushrooms, other psychedelic organisms such as iboga, and also across other combinations of serotonergic drugs.  The patent you’re asking about is one example (based on some studies done awhile ago) that demonstrated that certain cannabinoids modulate the effects of psychedelic compounds when co-administered.

PA: With over 100 applications filed, it seems you may be building one of the largest portfolios of psychedelics-related patents.  Yet your website says you “will freely share [your] discoveries with scientific collaborators who share [your] mission” and “will not engage in commercial relationships that stifle scientific progress or impede the development of safe and effective products.”  Toward what end are you amassing your intellectual property, if not to block competitors in the space?

AC: Great question. When we got to this space in 2016, there really was no industry.  The patent landscape was wide open. One of the major barriers to developing psychedelic drug therapies was a lack of patentable compounds. Nobody was making substantial investments in drugs that weren’t patentable because of the arduous and capital-intensive process of drug development. Justifying the level of investment that supports clinical trials requires some level of patent protection.

I figured that I could fix that. I’m sort of a chemical patent nerd and I’ve geeked out over chemical patentability for at least the last 15 years.  I’ve spent the last 4 or 5 years creating as much intellectual property as possible. We want to make sure that we engage in partnerships that accelerate research and development as opposed to preventing people from doing so. CaaMTech has already turned down a bunch of commercial opportunities that didn’t feel right, and we’re in no rush to sell or license our intellectual property. So far we’ve been happy to collaborate with people interested in doing good science. CaaMTech has never turned down a scientific collaboration.

PA: Is there anything in particular you believe sets you apart from others who are also building libraries of psychedelic compounds?

AC: I really don’t know. Who else is building libraries? If I had to guess, we’re probably more diligent about filing patents. Either way, I just hope that we’re not duplicating anyone’s efforts. That would seem like a waste.

PA: Can you leave us with any final words about what is motivating your research, and what you most hope to see for CaaMTech and the rest of the psychedelics space in the future?

AC: Honestly, and this sounds corny, I like the work. I started this project right after having a really nice exit from another project.  And this was my answer to “what would you do if you didn’t have to work anymore?” I try to give our scientists the same parameters: have fun, chase after interesting problems, and try to leave the world better than you found it.  I think that’s the way to get great results.  Encourage people to do what they love doing.

Get our latest interviews delivered to straight to your inbox.
Tags: CaaMTech