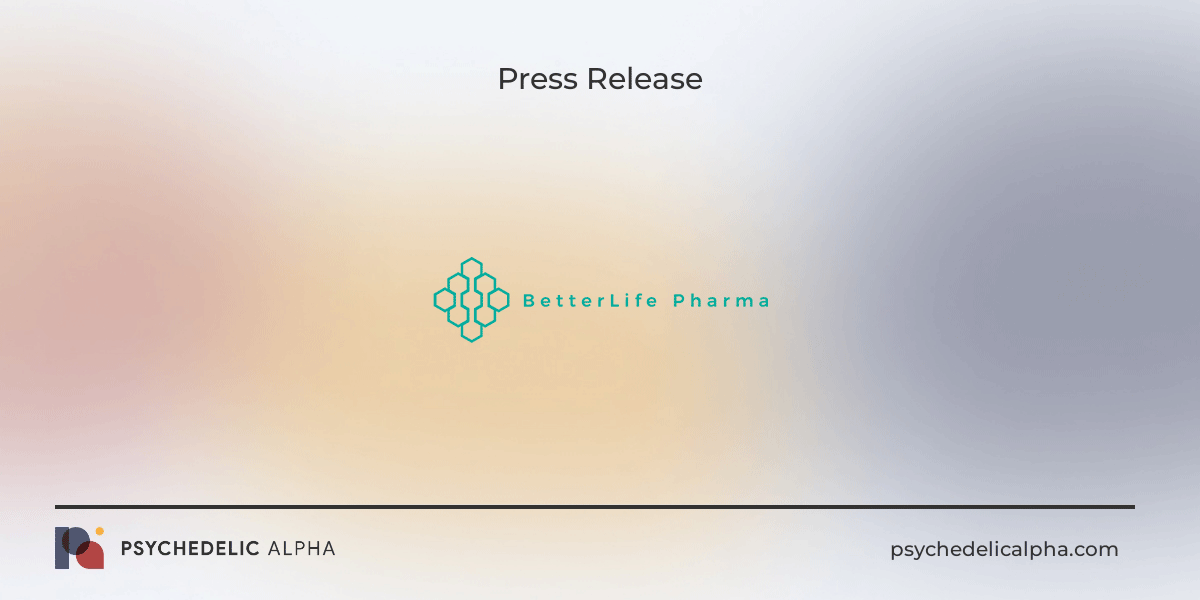 A recent study, published in Experimental Neurology, has provided some new evidence that LSD has nootropic effects which are believed to be driven by neuroplasticity promotion. Researchers found that LSD increased neuroplasticity in ‘human brain organoids, increased novelty preference in rats, and improved memory performance in humans.’ Increased structural plasticity in the brain neurons (mainly prefrontal cortex) has also been linked to the sustained antidepressant effects.

BetterLife’s neuroplasticity study similarly demonstrated that, in the treatment of rat embryonic cortical neurons the Company’s lead drug, BETR-001 (2-bromo-LSD) increases the structural complexity of neurons (dendrite growth and complexity) indicating the neural plasticity activity of BETR-001. In certain measurements of structural plasticity in neurons, BETR-001 performs better than ketamine in this model.

BETR-001, which is in preclinical and IND-enabling studies, is a non-hallucinogenic and non-controlled LSD derivative in development and it is unique in that it is unregulated and, therefore, can be self-administered. BetterLife’s synthesis patent for BETR-001 eliminates regulatory hurdles and its pending patent for composition and method of use covers treatment of depression, cluster headaches, post-traumatic stress disorder and other neuro-psychiatric and neurological disorders.

BETR-002, which is in preclinical and IND-enabling studies, is based on honokiol, the active anxiolytic ingredient of magnolia bark. BetterLife’s pending method of use and formulations patent covers treatment of anxiety related disorders including benzodiazepine dependency.

BetterLife also owns a drug candidate for the treatment of viral infections such as COVID-19 and is in the process of seeking strategic alternatives for further development.

Mydecine Innovations Group Appoints Josephine Wu to Board of Directors