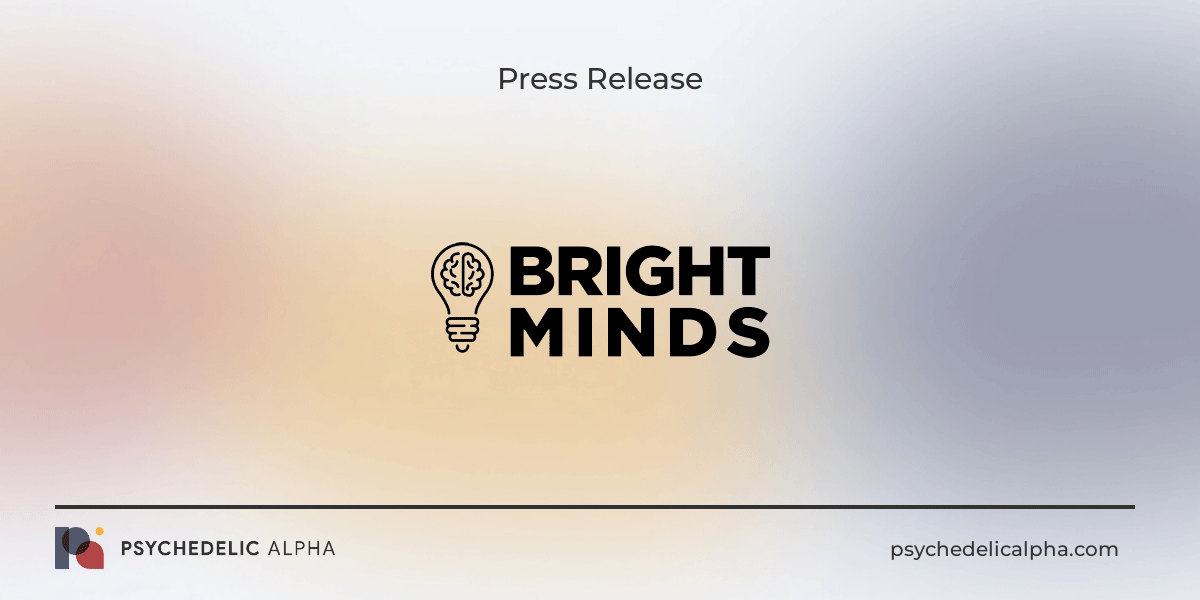 NOT FOR DISTRIBUTION TO U.S. NEWSWIRE SERVICES OR FOR RELEASE, PUBLICATION, DISTRIBUTION OR DISSEMINATION DIRECTLY OR INDIRECTLY, IN WHOLE OR IN PART, IN OR INTO THE UNITED STATES

VANCOUVER, British Columbia, Sept. 07, 2022 (GLOBE NEWSWIRE) — Bright Minds Biosciences (“Bright Minds,” “BMB” or the “Company”) (Nasdaq: DRUG) (CSE: DRUG), a biotechnology company focused on developing novel drugs for the targeted treatment of neuropsychiatric disorders, epilepsy, and pain, today announced the appointment of Doug Williamson to the Company’s Board of Directors (the “Board”). Dr. Williamson will serve on the Compensation, Nominating and Corporate Governance, and Audit Committees as an independent director. Concurrently, Dr. Alan Kozikowski has resigned from the Board.

“Dr. Williamson has an impressive track record in developing safe and profitable pharmaceuticals and biotechnologies for global industry leaders. With his reputation for generating quality results while improving ROI and building high-performance, engaged teams, we are thrilled to welcome Dr. Williamson to the Board,” stated Ian McDonald, CEO and Co-founder of Bright Minds Biosciences.

Dr. Kozikowski, a significant co-founder and scientific contributor to Bright Minds Biosciences, developed much of the technology on which the Company is based, including the invention of BMB-101, the later work being done during his tenure as Professor of Medicinal Chemistry at the University of Illinois at Chicago. BMB-101 is the subject of a patent licensed by Bright Minds Biosciences from the University of Illinois.

“We remain grateful for Dr. Kozikowski’s service and wish him well in his future endeavors,” said McDonald.

Dr. Williamson has more than 25 years of scientific, clinical, and medical experience and currently serves as Senior Vice President, Head of U.S. R&D and Deputy Global Chief Medical Officer for Lundbeck. During his time at Lundbeck, he has overseen multiple cross-functional teams across clinical development and operations, medical affairs, value evidence (health outcomes), patient safety, clinical pharmacology, and regulatory affairs. He also led the transformation of the U.S. and Canadian R&D organizations and co-led the task force in setting U.S. policy for COVID precautions and remote working.

Prior to Lundbeck, Dr. Williamson served as Vice President, Global Head Therapeutic Area leadership at Parexel International, where he developed and instituted therapeutic area strategies to guide new business acquisitions. He was also the functional head of the medical group across all therapeutic areas. Previously, Dr. Williamson held multiple roles at Eli Lilly and Company, including Head, Early Phase Clinical Development Neuroscience, where he oversaw the clinical development of all novel molecules in the psychiatry, pain, and neurodegeneration portfolio. Dr. Williamson earned a Bachelor of Medicine and Surgery (MBChB) degree from Edinburgh University in Scotland and is a member of the Royal College of Psychiatrists.

In connection with his appointment to the Board of Directors, the Company granted Dr. Williamson an aggregate of 80,000 stock options (the “Options”) to purchase 80,000 common shares in the capital of the Company (the “Shares”) pursuant to the terms of the Company’s share option plan dated July 1, 2020. The Options are exercisable at an exercise price of $2.46 per share for a period of 5 years from the date of grant. The Options are subject to vesting, beginning with 25% vested at the time of the grant, and 25% every 12 months thereafter.

Bright Minds is focused on developing novel transformative treatments for neuropsychiatric disorders, epilepsy, and pain. Bright Minds has a portfolio of next-generation serotonin agonists designed to target neurocircuit abnormalities that are responsible for difficult to treat disorders such as resistant epilepsy, treatment resistant depression, PTSD, and pain. The Company leverages its world-class scientific and drug development expertise to bring forward the next generation of safe and efficacious drugs. Bright Minds’ drugs have been designed to potentially retain the powerful therapeutic aspects of psychedelic and other serotonergic compounds, while minimizing the side effects, thereby creating superior drugs to first-generation compounds, such as psilocybin.