While analysis of publicly-traded psychedelics companies can give us a good idea of the overall downward pressure on stock prices and thus valuations1, a look at the broader fundraising environment provides a more holistic view of the financial health of psychedelic endeavours. Here, we use in-house data to analyse funding activity throughout 2022. 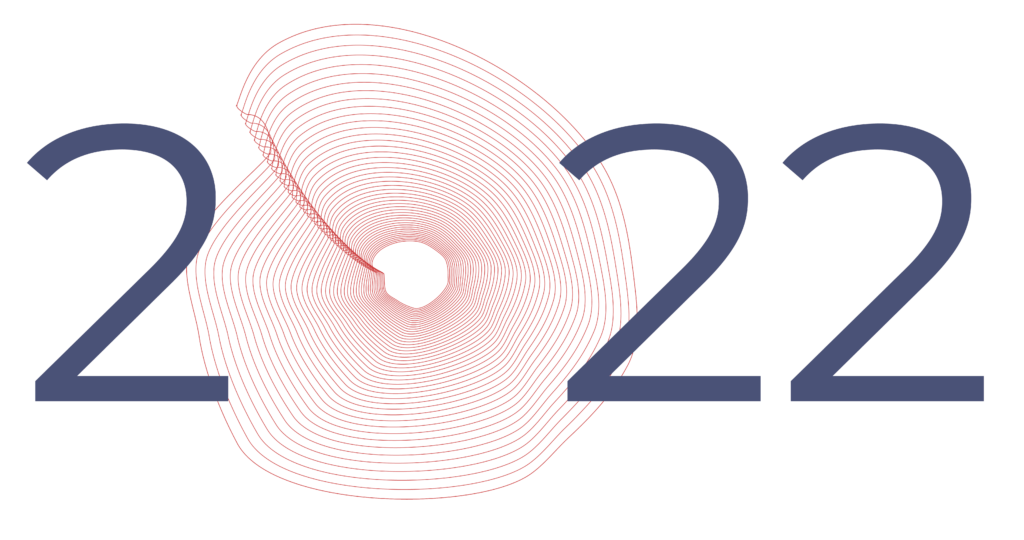 Part of our Year in Review series

$ 0
in funding for psychedelics companies in 2022.

Nonetheless, this is still a significant sum for a nascent industry navigating both macro- and industry-specific financial headwinds. Here, we present four charts that contextualise and analyse this fundraising activity.

This first chart is the most straightforward: we present deal count and aggregate deal value for psychedelic financing events since 2017.

The chart suggests what many know to be true: 2021 was a bumper year for psychedelic financings, with 2022 failing to keep pace. Deal count was down by one third, with total dollars raised down over 70%.

Honing in on the period from 2020 onwards, and presenting the data on a quarterly basis, shows that psychedelic funding has been cooling off since mid 2021. As discussed in the next section, where we introduce some notable entrants to the psychedelic drug development landscape, the latter half of 2022 saw a mild uptick in aggregate deal value.

Looking only at venture rounds (i.e., investments in private companies), we see that around $336m was allocated in 2022, with the majority of financing activity at the Series A stage.

Interestingly, despite the broader downturn in funding seen in 2022, aggregate Seed financing remained somewhat consistent, down around 16% in 2022 vs. 2021. Similarly, Series A financings generated $165m in 2022, which is very similar to the $179m generated in 2021.

The most substantial haircut is seen at Series B and beyond, down nearly 80% from 2021 levels and over 60% from 2020 levels. This significant trend might be explained by the large number of psychedelics companies that went public in 2020 and 2021.

Finally, we look at where funding is accruing across the psychedelic value chain.

Unsurprisingly, drug discovery and development received the lion’s share of dollars from both VC and public financings. Aside from this segment, companies developing technologies in the field received a not-insignificant amount of funding from VCs, with just over $70m invested in the segment during 2022.

A key limitation of this visualisation is that it only captures the primary value chain segment within which a company operates. This belies the fact that many psychedelics companies are involved in multiple segments: as such, funding would flow through to those ancillary segments. For example, a number of psychedelic drug developers have in-house technology divisions or projects. 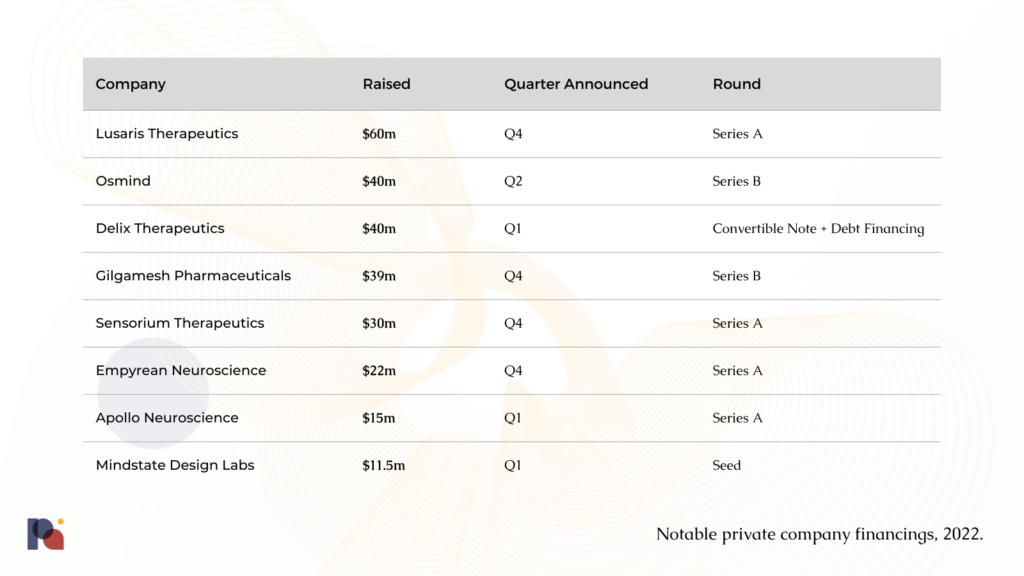 Despite this difficult fundraising environment there have been a number of notable new entrants to the psychedelics drug development market in 2022. The last quarter of the year, in particular, was punctuated by a handful of significant rounds.

Below are five examples of companies that emerged from stealth in 2022 with significant seed or Series A rounds.

At the beginning of November, Lusaris Therapeutics emerged from stealth by announcing a $60m Series A round led by RA Capital, which incubated the company. Lusaris’ lead candidate, LSR-1019, is a sublingual formulation of 5-MeO-DMT for treatment-resistant depression (TRD).

This was a surprising development, given that RA Capital co-led the $125m Series B financing of another 5-MeO-DMT drug developer–Dublin-based GH Research–in April 2021.

One piece of context that may be important to understanding this decision is the drug delivery mechanisms each company is pursuing. GH Research’s GH001 candidate employs an individualised dosing regimen, with doses delivered via a Volcano vaporiser and balloon. Lusaris, meanwhile, is developing a single-dose delivered via an orally disintegrating tablet. 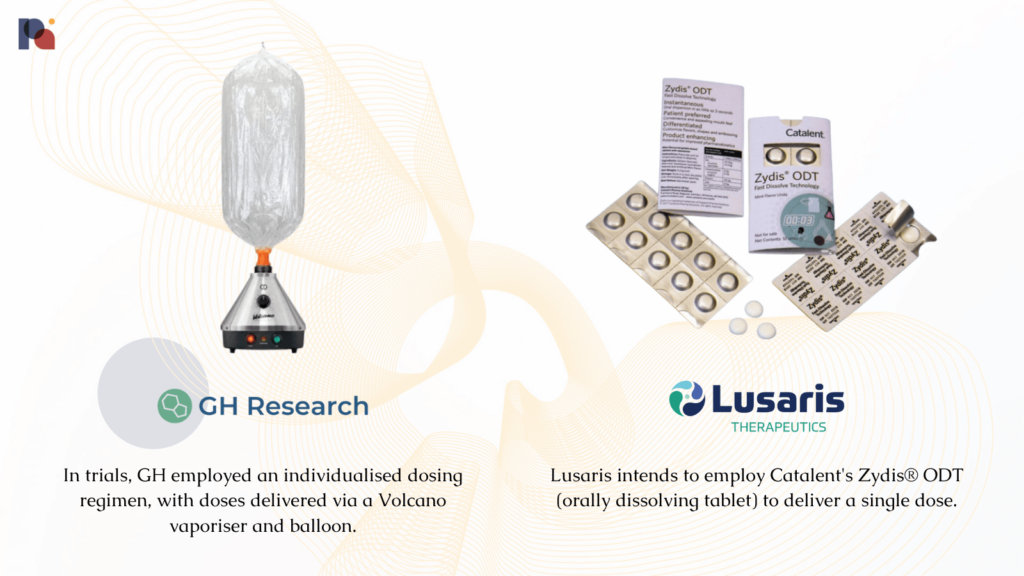 Presumably, then, RA Capital thought a less convoluted dosing regimen would have such drastic clinical and commercial benefits that it was worth incubating in-house3.

Lusaris and GH aren’t the only companies developing 5-MeO-DMT, with Beckley Psytech and Alvarius Pharmaceuticals also investigating the short-acting drug, among others. Regardless, Lusaris’ significant Series B round makes it one to watch.